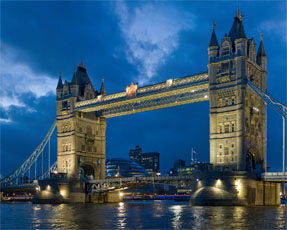 The new survey conducted by phone provider PowWowNow revealed that Bristol gets the fastest broadband speeds among the top 20 cities in the UK. On average, users in this city could receive 66.6Mbps download speed.

Other cities that get superfast speeds are Nottingham (66Mbps), Leicester (61.4Mbps), Wigan(61.6Mbps), Edinburgh (63Mbps), Cardiff (61Mbps) and Dudley (60.Mbps).  London, despite its extensive, fixed broadband availability, just gets a mean download speed of around 52Mbps.

Sheffield (43Mbps), Cornwall (27.6Mbps) and Glasgow (46.8Mbps) are a few cities which reported slower user average speeds, when compared to other cities.

Some cities like Edinburgh, Manchester and Newcastle reported broadband notspots where users were unable to get even 2Mbps speeds.

According to PowWowNow’s index score for the best digital connectivity, London came first with top score of 8.5 out of 10, followed by Bristol, Cardiff, Coventry, Nottingham and Southampton.

The worst city for digital connectivity was Cornwall which indeed had the largest full fibre coverage of 31%. The city also have more areas where users are unable to 2Mbps speeds, while 4G coverage was the lowest at 59.9%