TalkTalk standard or ADSL plans come with slower speeds when compared to fibre and are suitable for browsing, streaming and sharing in households with two users.

TalkTalk TV with Fast Broadband
This TV bundle is an affordable choice for homes. It includes unlimited broadband, HomeSafe and Youview TV pack which 80+ channels, catch up TV, on demand movies and more. YouView box is included for no extra cost.

TalkTalk TV Plus with Fast Broadband
This top-end TV bundle comes with additional features, extra premium TV channels etc. With unlimited broadband , TV Plus package is suitable for families that demand more entertainment,stream videos and play online games. Plus TV includes YouView+ box which can record and store live shows, while you are watching your favourite channels. 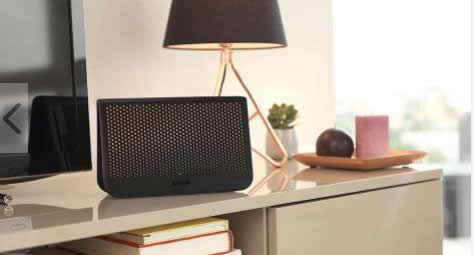 TalkTalk is one of the cheapest fibre broadband providers in the UK, offering fibre deals  in a price range which is as affordable as standard, ADSL plans.

TalkTalk Fibre 65 is ultra-fast plan from TalkTalk, offering average download speed of 67Mbps. This is an ideal plan for busy households with lots of devices. You can stream HD and 4K videos, play games online and make quicker downloads without any hassle.

Fibre users can get the best out of their connections using the latest WiFi Hub which comes with superfast fibre speeds,  wider wireless range and advanced internet security.

TalkTalk allows you to make free calls to other TalkTalk customers, even, on all packages including Fast Broadband or Faster Fibre.

TalkTalk broadband plans include pay as you go calls (PAYG) as standard so you would pay only for the calls that you make.

You can add call boosts – anytime, mobile and international – on a minimum contract length of 1 month. 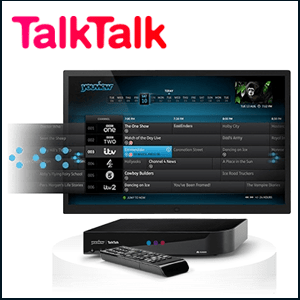 TalkTalk TV is not available as standalone service but as a part of triple play packages that include broadband, phone and TV. If you are a broadband customer, you can just add it from just £4 a month.

TalkTalk TV includes 80 Freeview channels with 15 in HD and 7 day catch up. You can addTV boosts, Netflix and BT Sport and on demand content that come with 1 month contract and would cost extra.

TalkTalk TV allows you to choose YouView or YouView+ box with the latter has the recording capability.

Is TalkTalk broadband any good?

TalkTalk broadband scored the lowest customer satisfaction of 79% among the major internet service providers in the customer survey 2019 released by Ofcom.

However, broadband complaints reduced significantly in Q3 2019 to 22 complaints per 100,000 customers

Its home phone service had 81% of satisfaction which has improved over the 12 months.

Home phone complaints slightly improved to 17 complaints per 100,000 customers in 2019 survey by Ofcom.

TalkTalk gives you speed estimate or the fastest speed your line can handle, during sign up.

The 30 days great connection guarantee allows you to leave the service if you are not with TalkTalk fibre, service quality or speeds.

TalkTalk is hugely popular for low cost broadband and phone deals. While its customer service is decent, it remains a budget provider for the UK homes that look out for  value for money .

With great service quality and content, TalkTalk  TV packages  also help you save money. The big discounts & vouchers that come with new subscriptions have made TalkTalk one of the cheapest broadband providers in the UK market.